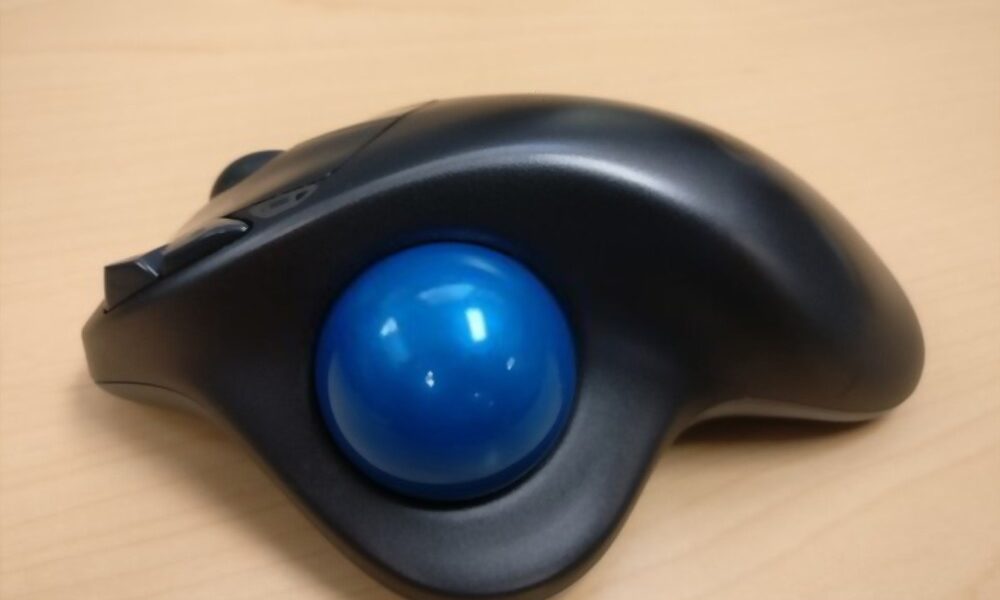 Trackball mouse. Seems fancy and even intimidating, only for the most advanced techie. And what is it, even? A mouse is a mouse, no?

Don’t be fooled. Trackball mice – yes, plural – offer many reasons to catch one and make them a home in your digital life.

If this is your first time diving in or you are just looking for some good advice for selecting your next trackball mouse, read ahead.

Best Of The Best Brands

While many tech hardware companies offer some version of a trackball mouse, there are a couple brands that are exceptional.

The first is Kensington. Kensington focuses on making the workplace better through crafting innovative designs that provide the professional with solutions. Their core values are design, quality, service and sustainability.

Swiss Company Logitech is probably best known for it’s speakers and audio systems! But did you know they make plenty of high quality accessories and peripherals, including a number of trackball models? We’ll get to that in just a sentence.

What are you after? Sleek and fancy? Spacey and knobby? Read ahead to find a selection of trackballs that fit a variety of needs. One of them is sure to suit you. Here we go!

Starting with the geeky cool section, you will find a 3D trackball mouse. It’s the 3DConnexion Space Navigator 3D Mouse. 3DConnexion is a company developing technology to help navigate the 3D virtual space. This one is funky. It makes magic with just a single knob performing all the functions, allowing you to perform commands with a simple gesture.

Next, the first of a few Logitech models. The MX Ergo tops many best trackball lists. It is an offset design and very compact. You can even connect it to two computers at once with Bluetooth. The Ergo combines a classic form with modern precision.The rechargeable battery lasts almost three days. It has a flexibility that enables you to find the most comfortable, natural position for your hand, reducing strain.

If you want the quality and features of a Logitech model on a budget, try the simple and long-running M570. It’s got a long battery life and enduring design.

If you want to upgrade from M570 to a more contemporary model, try the M575, which can also communicate with multiple devices simultaneously, but will hit your wallet a little harder.

Another budget option worth exploring is The Orbit from – guess who? Kensington. It’s wired, which explains the lower price, but it is more ambidextrous with a smaller ball allowing for easier use. And it features Kensington’s patented scroll ring, making scrolling much more effortless.

Kensington’s other notable model comes in two loosely related versions. First is the sleek, compact, rectangular SlimBlade model. It is compatible with both Mac and PC and comes with extra media buttons. The SlimBlade is not a wireless model, but the trackball is removable for easy cleaning.

The Expert is Kensington’s high-end offering and, voila, it can be used by right and left-handers! And with ease, too. It’s even got a wrist rest! Not only does it feature the aforementioned scroll ring, it includes another Kensington special: “Diamond Eye” optical tracking – you remember optical tracking – that brings ultimate precision power to your cursor control.

There’s one more company worth mentioning and that is Elecom, which also makes a model that is agreeable to lefties. It’s the M-XT4DRBK and it’s a model specifically designed for left-handed folks. It’s also outfitted with a DPI switch, allowing you some flexibility in the optical tracking and pointer speed. Plus, six, count ‘em six, buttons! So lots going for it.

Elecom also makes what is almost unanimously considered the best trackball mouse for gaming: The Elecom M-HT1DRBK. Why is it the best for gamers? Its quick functionality allows for a greater flexibility in constantly evolving gaming environments. Additionally, it features grip stability, a bigger ball and eight buttons! Plus it is available both wired or wireless for a few bucks more.

The only challenge you should have now is deciding between all the amazing options!

What is the difference between a standard mouse and a trackball mouse? It’s very simple.

A mouse is the pad or device you use to navigate actions you want to take on your screen. On a laptop it is usually built in or for a desktop it is an accessory. It usually has two clickable buttons on top and some sort of sensor on the bottom. Remember when you used to have a mousepad?

Why is it called a mouse in the first place? Good question. Here’s a fun fact: The term was first used at Stanford Institute in the sixties. Early models resembled a mouse, capped off with a cord which reminded researchers of a tail.

Now we have a trackball mouse. It doesn’t need a mousepad. It has a ball you can roll to navigate so you don’t have to move the actual device around and it comes with more buttons, which are often programmable.

The concept of a trackball was actually first developed for World War Two operations. We’ve come a long way from there.

A trackball mouse holds many advantages over a standard mouse.

First of all, they are healthier. Yes, healthier. Ergonomically, they are a better fit for your wrist, often with built-in support as a consideration. They reduce injury caused by repetitive strain.

They take up less space, because you don’t have to move it around. It remains stationary, therefore better suited for portable use. This also makes it much easier to control and aids in precision.

They often come with more programmable buttons, which you can customize to meet your specific needs and speed up your workflow with helpful shortcuts.

Yes, they can be a little more expensive than your traditional mouse, but well worth it. They are specialized and designed with higher standards in mind. You will learn more reasons why it’s a valuable purchase as this article progresses.

Get Used To It!

Before continuing, it is important to note that trackball patience is a virtue. The benefits will take some time to sink in. There is definitely a “get used to it” period.

First of all, functionality. If this is the first time you’ve trackballed, it’s going to feel a little different from the standard mouse and by now many movements you would make with a standard mouse are second nature. So there will be some adjustment and may feel unnatural at first.

If you are on a tight deadline for a project, for example, don’t take this period to get used to new controls or busy yourself re-programming functions. Switch to the trackball mouse when you have the luxury of time.

Getting “on track” could take a few days, but stick with it and you won’t be disappointed.

If you are in one of these vocations, you might be the kind of person that can benefit from using a trackball mouse.

Gamers can benefit from a trackball mouse because it is much more accurate than a traditional mouse and the ergonomic design is kinder to those who spend many, many hours gaming online.

Ease of use in graphic design applications can be achieved with a trackball mouse thanks to the extra buttons, which can be programmed with handy shortcuts for graphic designers. They are highly customizable, with up to four buttons on some models.

For programmers, a trackball mouse offers more space for peripheral objects like test devices or correlating documents. Plus, spending so much time on the computer, programmers can benefit from the ergonomic design.

What To Look For In A Trackball Mouse

No matter your needs, there are some common features to look for in a trackball mouse.

Power supply. Some trackballs are battery powered while others are rechargeable. Each option has its own advantages and disadvantages.

Batteries can be expensive and you will always have to carry them with you. For a rechargeable mouse, you will need an outlet handy and have to remember to turn it on and off to conserve power.

That’s if you choose a wireless version. You can also suck power from your computer, but it will require an available USB port for which you may have more dire needs.

Optical Tracking. What is optical tracking? Scholarly, it’s using the position of infrared markers to determine in real time an object’s position. In layman’s terms, this is the optical sensor that will facilitate easy and precise movement and navigation.

DPI resolution. What is DPI resolution? DPI is dots per inch, a measurement used to determine the resolution of an image or document. In relation to the trackball mouse, it measures the sensitivity. The more “dots per inch” the mouse can detect, the faster the pointer speed.

There are a lot of types of trackball mice all with their own options. Here are some common options you will want to consider.

Is it offset or finger operated? Offset refers to the placement of the ball. With an offset trackball mouse, you will operate the movement with your index finger or thumb on one side of the device, which can be more friendly to your wrist.

A finger operated trackball mouse places the ball squarely in the center. You are more inclined to operate this version with one of your fingers, thus making it much more flexibly ambidextrous. Plus, it allows for smaller, more accurate movement.

An offset ball is difficult for left-handers to use; Finger-operated, on the other hand – no pun intended, honestly – can be used by north and south paws. Shouldn’t it be east and west paws?

Consider design. Design will affect ergonomic support and long term health and productivity. The finger operated design can be awkward. They can be bigger and take up more space. The offset design is much easier to learn and exerts less effort.

Next, a question Shakespeare never had to ask when he was writing, to wire or not to wire? As mentioned, wiring will require a USB port you may not be able to spare. And the cord will take up space and may get annoying. But you won’t run out of power in the middle of crunching a tight deadline.

Then there’s buttons. On the finger operated design, buttons tend to be bigger, which means higher risk of unintentionally clicking them at the wrong moment.

Number of buttons is also a factor. Generally, simple, basic tasks can be executed with just the ball and no more than 3 buttons, for the casual user. But gamers, for example, can benefit from four buttons or more, all programmable and customizable.

Keep in mind your measurements and dimensions and coordinate with the size of your hand. Seems silly, but you will thank yourself later.

Your choice will also be affected by your work circumstances. If you’re a digital nomad, you might want to travel with a design that is more compact. But if you sit all day at a massive, comfortable desk, maybe you can accommodate something a little bigger.

Different colors are also available to match your style. Often, designs will be on the market in various color variations. 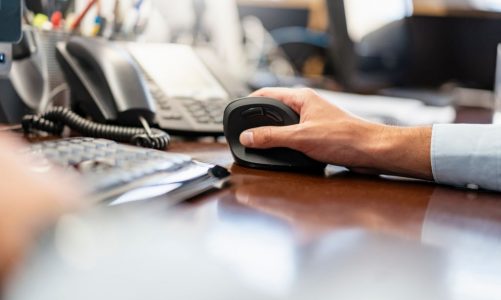