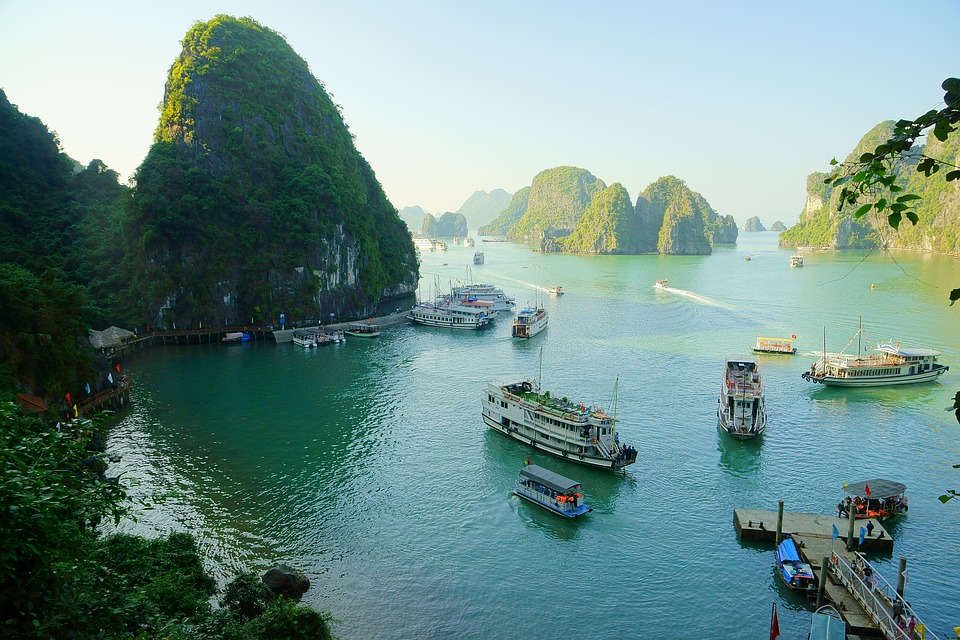 Snaking down alongside Cambodia and Laos, the dragon-shaped Vietnam is a popular destination for those interested in its turbulent recent history, immense street food, and magnificent coastline.

Mobile phone use, like most other things, is cheap in Vietnam. Average mobile broadband speeds do lag behind the average for the region, but progress is on its way and the country is currently moving over to 4G from 3G. There are three main mobile network providers :

Most visitors will come in overland, or fly into Hanoi or Hoi Chi Minh City. If flying, you can buy a SIM at vendor stalls in the arrival halls at the airport. Otherwise, buy from an official provider in any town or city. You will need your passport to purchase the SIM.

Note that in late 2016 the Vietnamese government started enforcing registration rules, and cancelled millions of illegal unregistered SIM cards. Unofficial vendors may not be able to officially register the SIM, so are best avoided. Buy instead from an official phone shop.

Wifi is widely available at the usual sorts of places, hotels and cafes etc.

Phone theft by scooter snatching is common in Vietnam. Review our security tips and don’t use your phone too close to the road.  If using public computers or doing online banking etc, be aware that Vietnam is one of the most prolific nations for internet fraud.

Want to buy before you fly?

Viettel uses the old military network so has the largest coverage and most customers. They have 3G coverage even in rural areas, so are great for those going off the beaten path, or travelling the coutnry by motorbike as seems to be popular.
Viettel  also have no roaming charges  in neighbouring countries Cambodia and Laos, so useful if you are travelling in Southeast Asia. They also offer a specific tourist plan with relatively cheap international calls, but still send you confusing communication texts in Vietnamese.

The second largest network, Vinaphone offer good prices and good coverage. They offer data only SIMs which many travellers prefer.

Buy topup vouchers at convience stores and input the code to redeem.

Avoid Mobifone if you’re heading off the beaten track. The network is not as extensive as Viettel, and they do not have a great customer service reputation.

So, for visitors which is the Best SIM Card for Vietnam?

For most visitors, we would recommend going With Viettel for the most extensive coverage.

The country code for Vietnam is +84.

To call your mobile in Vietnam from abroad, callers will need to dial 0084 and then your number.