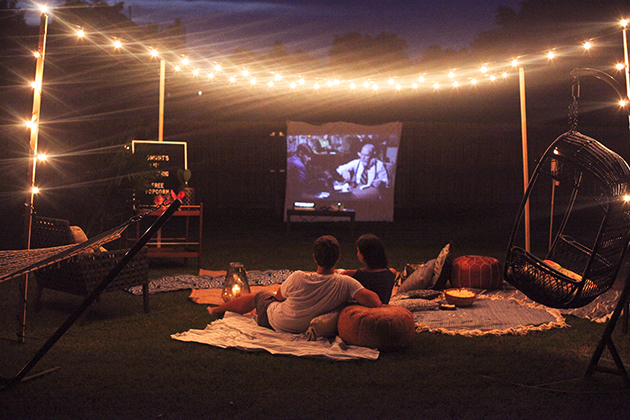 In the market for good cheap projectors under 100 USD? We’ve got suggestions.

What Makes for a Good Projector?

What makes a projector good? The answer depends on your specific setup and needs. Applicable features include:

Unless you’re familiar with the world of projectors, it is easy to get lost in the technical jargon. Take some time to check out the following technical terms to make your choice a little bit easier.

Resolution is the number of pixels within the height and width of a visual display (i.e., TV, monitor, or projector). The more pixels, the finer the picture quality.

A projector’s so-called “throw” is the distance between its lens and screen. Most projectors have an optimal throw range. If that figure falls outside of your setup, it could make for a terrible picture.

Lumes represent the total amount of visible light from a source. The higher the lumen rating, the brighter the light. This is an important metric if you plan to use the projector in a well-lit room or outside on a sunny day.

The property known as “contrast” considers the luminance ratio of its brightest color. The higher the ratio, the better for monitors and projectors.

Keystoning “squares” a screen. If your projector is not exactly perpendicular to the wall or the projection screen, the top of the display may appear wider than the bottom (or vice versa). This can be fixed by adjusting the keystone of the projector.

Below you’ll find an in-depth analysis of the best cheap projectors currently on the market.

Truly portable at only 2.24 pounds, the Salange 2020 Mini HD portable projector packs a lot of punch for such a small package! With a native resolution of 720p and support for up to 1080p, this projector displays a very clear picture for the price. The sound from the built in speakers is not the greatest, so using it with an external audio source would be best in all but the quietest of environments. The throw distance, contrast ratio, and lamp life were the best out of all the projectors under $100.

The Salange 2020 Mini HD features one HDMI port and 2 USB ports. It also has a VGA, in addition to an audio output for connecting to home theaters and stereos. The projector also comes with a handy remote control.

The Crenova XPE496 portable projector has a lot going for it, namely a high contrast ratio and a nice long throw. It’s 2200 lumens, while not the highest in this group, still manages to deliver a crisp picture at 1080p in rooms that aren’t 100% dark.

The 50,000 hour lamp life is well above average and recent upgrades to this model have made it run quieter than previous versions. The Crenova XPE496 has several inputs including HDMI, 2xUSB, VGA, Audio, AV, and SD, as well featuring a 12-month warranty that includes replacement or refunds, in addition to lifetime customer support.

The LoongSon YG400 mini projector is the definition of an average projector. It’s the Kia of projectors! While it doesn’t excel in any category, it’s also not the worst in any category and gets the job done.

As with all mini projectors, the built-in sound is not the greatest and external audio is advised, unless your environment is exceptionally quiet.

They say good things come in small packages, and the GRC Mini projector is the perfect example. With a decent throw — up to 16’4” — the biggest screen size at 16’ and high lumens count (4500), you’d think this would be the most expensive of the bunch, but it’s not! Its 45,000-hour lamp life is nothing to cluck at either.

The Tenker Q5 falls squarely in the middle in terms of features and specs. At 1.98 pounds, it’s the lightest of the bunch. It also has a better than average lamp life. The Q5’s 1500 lumens make for great viewing in darkened rooms, but it doesn’t fare as well in well lit rooms, which is why they “do not recommend it for PPT/Word/Excel or business presentations.” However, its 16.77- million-colors capability makes images pop in the right setting.

Our choice for the best projector under $100 is the Salange 2020 HD. It’s high native resolution and contrast ratio combined with its long throw and lamp life push it to the top. We have no doubt that you will be nothing but impressed by this purchase. Happy projecting!